290 Various Jobs (ufundi) at JVACEE (Stigler’s Gorge Project) June, 2021. Julius Nyerere Hydropower Station (JNHS; RHHP; Rufiji Hydroelectric Power Project; Stiegler’s Gorge Dam) is a hydroelectric dam under construction across the Rufiji River in eastern Tanzania. Although controversial, the government approved the plans in 2018. The power station is expected to have an installed capacity of 2,115 megawatts (2,836,000 hp) and to produce 5,920GWh of power annually. The project, power station and dam are owned by and will be managed by the government owned Tanzania Electric Supply Company (TANESCO). Construction began in 2019 and is expected to be completed in 2022. 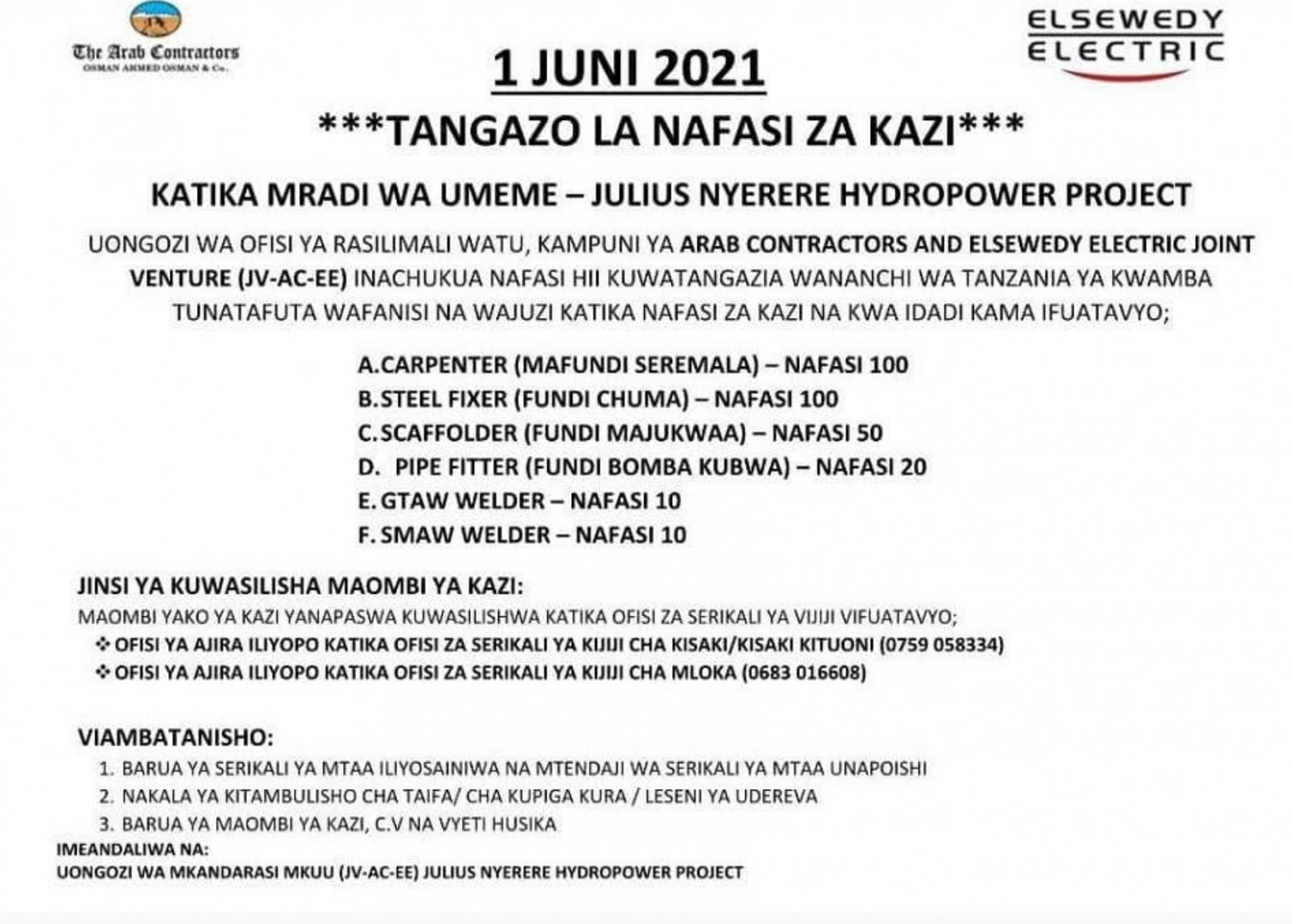