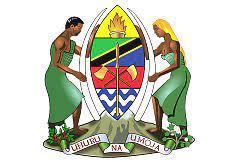 Mara Region is one of Tanzania’s 31 administrative regions. The regional capital is the municipality of Musoma. According to the 2012 national census, the region had a population of 1,743,830, which was lower than the pre-census projection of 1,963,460. For 2002–2012, the region’s 2.5 percent average annual population growth rate was the thirteenth highest in the country.It was also the twelfth most densely populated region with 80 people per square kilometer.

LocationThe Mara region is located in the northern part of mainland Tanzania. It is located between latitudes 1° 0’ and 2° 31’ and between longitudes 33° 10’ and 35° 15’. It contains 30,150 sq kilometers total, 10,584 sq kilometers of such being water area.To the north the Mara region borders Uganda and Kenya. It is also bordered by the Arusha region to its east, Shinyanga region to its south, as well as the Mwanza region in the southwest and west. There are six administrative districts within the region: Musoma Rural, Musoma Urban, Bunda, Serengeti, Tarime and Rorya.

Tarime is a town in northwestern Tanzania. The town is the location of the district headquarters of Tarime District. The main Tanzania-Kenyan border crossing in Sirari is less than 20km away from Tarime and can be reached by following the paved trunk road T4.

According to the 2012 census, the population of Tarime town – which comprises Bomani, Nyamisangura and Sabasaba wards – is 33,431.

Full details and apply through the attchec PDF file below: